The option to start the import is called “SCCM Import”. It is available under Import in project menu > Start Import section > SCCM import option.

The initial preparation may take a few moments.

In case of a connection failure, Apptimized shows the following message:

Single import session imports a single folder. For example, one of the following folders import in the scope of import session: root folder Application or folder Test 1 or folder bis_628.

Note. The checkbox All applications always relates to the current folder. The screen below shows the content import in the root Applications folder.

Applications can be excluded from import by unticking checkboxes in front of their names.

The import process starts by clicking on the Next button. It can take up to 30 minutes and is dependent on the number of applications and their size.

“Set metadata” shows import candidates' meta information and provides the ability to update it to desired values. All required fields are marked with an asterisk *.

Exclude applications from the import by unticking the checkbox. 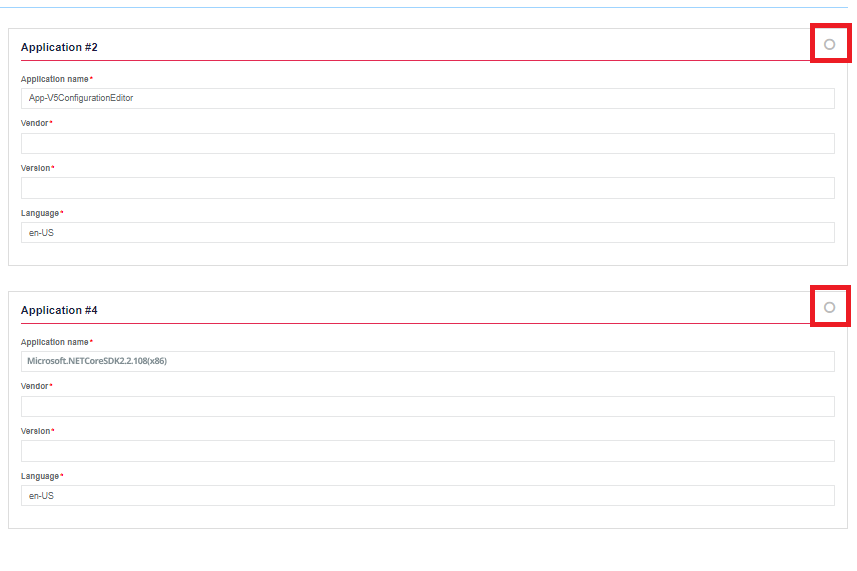